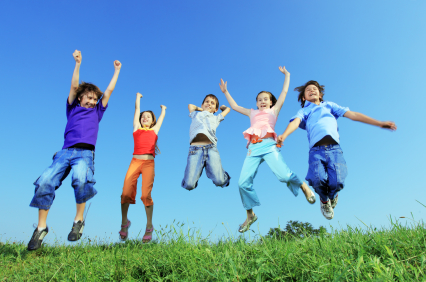 What Is Tongue Thrust?

No specific cause has actually been determined for the tongue thrust/ posture problem. Bottle feeding was believed to be the source of the problem. However, recent studies have proven that there is little correlation between bottle and tongue thrusting. Many authorities now believe that upper respiratory disorders, or any obstruction to the airway, may be related to the tongue thrust pattern.

How Is Speech Affected By Tongue Thrust?

Articulation of certain sounds may be affected by the low forward postural position of the tongue. The “s/z” sounds are most commonly affected, however not the only sounds affected. The “sh”, “ch”, “r” are a few of the other sounds that may be affected. A percentage of individuals with a tongue thrust may demonstrate a frontal lisp or a lateral lisp (air forced sideways rather than forward through the teeth). Generally, when there is a strong tongue thrust in addition to a speech problem, it is difficult to correct the speech unless the tongue thrust is also corrected.

What Are The Consequences Of The Tongue Thrust?

Are There Cases That Cannot Be Corrected?

Tongue Thrust Is An Area That Needs More Investigation And Research. Presently Known Deterrents To Correction Are:

What Can Parents Do To Help A Child Overcome Tongue Thrust?

Cooperation, understanding, and patience on the part of the parents are essential in the correction of a tongue thrust. The role of the parents is to spend a certain amount time assisting, thus helping the child to become more aware of the purpose of the exercise and treatment. Parents must also realize that well established muscle patterns are very difficult to change and that it takes time to make a good correction. Above all, it is important that parents use a positive approach when assisting their child overcoming a thrusting habit.

Some of these definitions were adopted from William E. and Julie Zickefoose